Art can bring inspiration, beauty, tranquility and happiness into a person’s life. Therese Pfeifer, an art teacher at Stephens, brings her artwork and the accompanying feelings to people all across the world.

Pfeifer is originally from Switzerland. She moved to Columbia 22 years ago. Art has always been an interest and hobby for Pfeifer, but nursing became her first career. While working as an RN, she decided to get her MFA at MU in art. In 2001, her nursing career ended, and she began to seriously pursue art, and make it a career. “I’m a very passionate artist, I like almost every kind of art,” Pfeifer said. Her artwork consists of paintings, installations, video, drawing and sculpture.

Pfeifer has been a teacher at Stephens for five years. She teaches painting, design and drawing.  One of her students, Quinn Mills, a freshman graphic design student, said, “She’s very in touch with her students; she makes it interesting and adds her own style to her teaching.”

Pfeifer has had many exhibits in the past and currently sells her artwork to galleries. Exhibitions of her artwork have been held across the states and in Europe. One of her most recent and successful exhibits took place this past November in Switzerland. It was held in a prison that was scheduled to shut down. Pfeifer displayed her installation art in the prison cells. Video showings, sculptures and ceiling paintings were also shown. The artwork displayed was soon revealed in the Switzerland news media. After the mention of the exhibit in the press, the prison decided to remain open.

“I like to express myself through art, and I feel you can touch people through art. If you can make people think for a while, that is awesome,” Pfeifer said.

Pfeifer plans on continuing to expand and grow as an artist. Pfeifer said her greatest accomplishments so far in life have been, “Previous installations I have done, such as the ones in the Switzerland exhibit.” She also said, “As a mother I think it’s a great accomplishment for a woman to have had two jobs and raise two daughters.”

Some of her latest installation work is currently displayed in the Davis Art Gallery. The installations depict the human body, which are constructed from paper. They are meant to represent the way people express themselves in different forms, as well as what people are feeling internally. Pfeifer’s student, Jacqueline Madey, a freshman fashion design student, said, “Pfeifer is really personable and I’ve learned a lot from her. I think her installation artwork is awesome. It’s crazy to see how much time and thought she put into all of it. It really is mind-boggling.”

Pfeifer explained, “Art is often one of the first things politicians cut out of school budgets, and I hope art will continue to stay. It’s hugely important to look at and reflect on during the hard times people are going through.”

Keep a close eye out for Pfeifer’s talented and inspirational work. She will continue to express and display her artwork for many more people across the world. 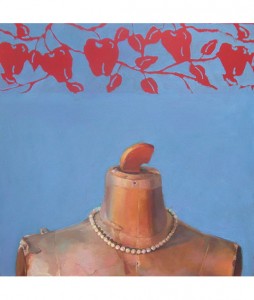 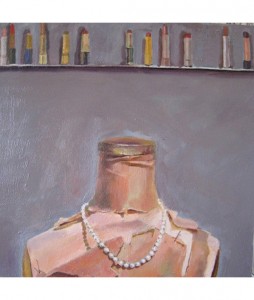 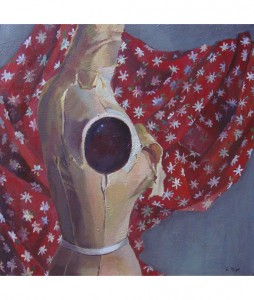 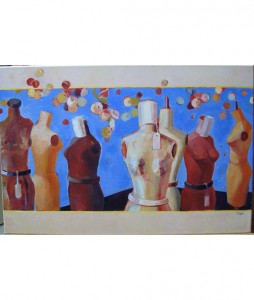 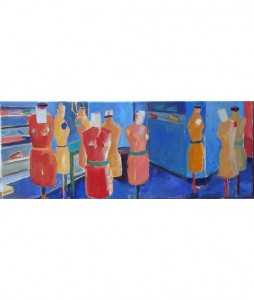 Thérèse Pfeifer – Before the event