He presently lives and works in New York and Madrid.
Manolo Valdés was born in Valencia on March 8, 1942. He entered the Escuela de Bellas Artes de San Carlos in 1957, where he studied two years. In 1964 he established the artists’ group Equipo Crónica with Joan Toledo and Rafael Solbes in which he remained until Solbes’ death in 1981.

Manolo Valdés is one of the few artists today who has successfully mastered the disciplines of drawing, painting, sculture and printmaking. He began his training as a painter at the age of 15 when he entered the Fine Arts Academy of San Carlos in Valencia where he spent two years. In 1964 Valdés along with Rafael Solbes and Joan Toledo formed an artistic team called Equipo Cronica. Later Valdés reinvented himself creating the paradoxically muscular and refined expressive style centered on art-historical motifs that he continues to explore today in the different paths of his unique vision. 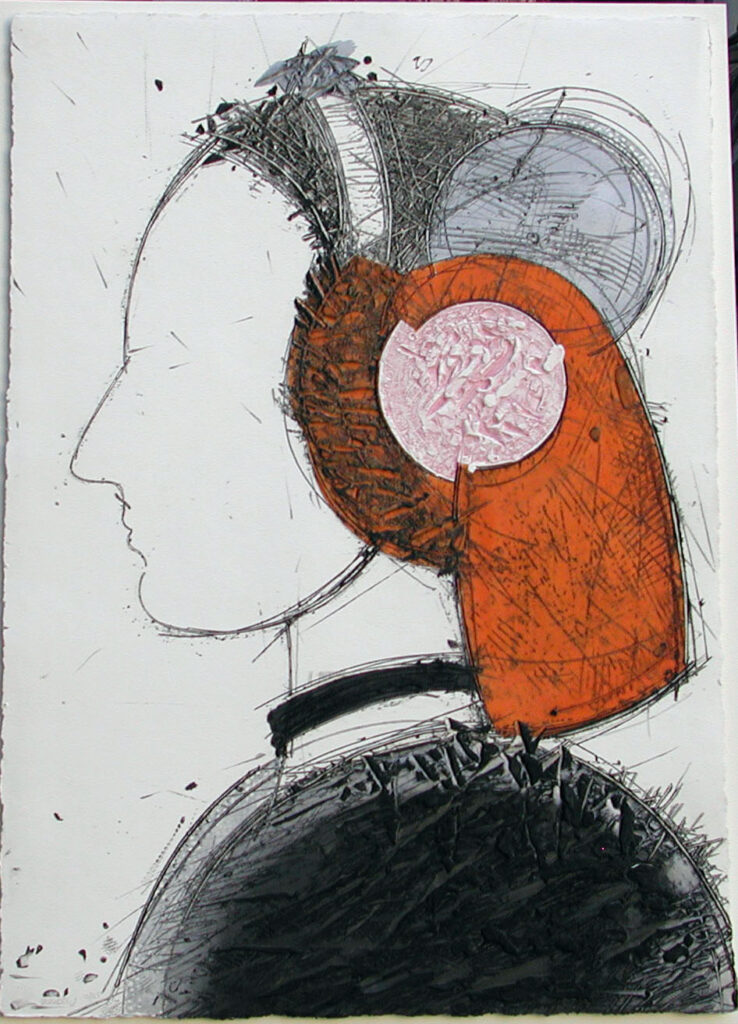