Assadour studied engraving and painting in Italy and then in Paris.  Known as a Master of contemporary engraving, he is also very famous for his gouaches on paper and oils on canvas. Assadour lives in his own universe inspired by Bauhaus constructivism and French surrealism.
He has had numerous exhibitions in the galleries of Europe, from Korea, Japan and Lebanon, in international fairs and retrospective exhibitions in museums in Europe (Germany, Italy).

In Assadour’s paintings, human and geometrical are constantly present. He desperately tries to figure out the chaos the war brought about in Beirut.
Assadour was widely represented in BAF 2017 & BAF 2018 at Aida Cherfan Fine Art’s Booth. 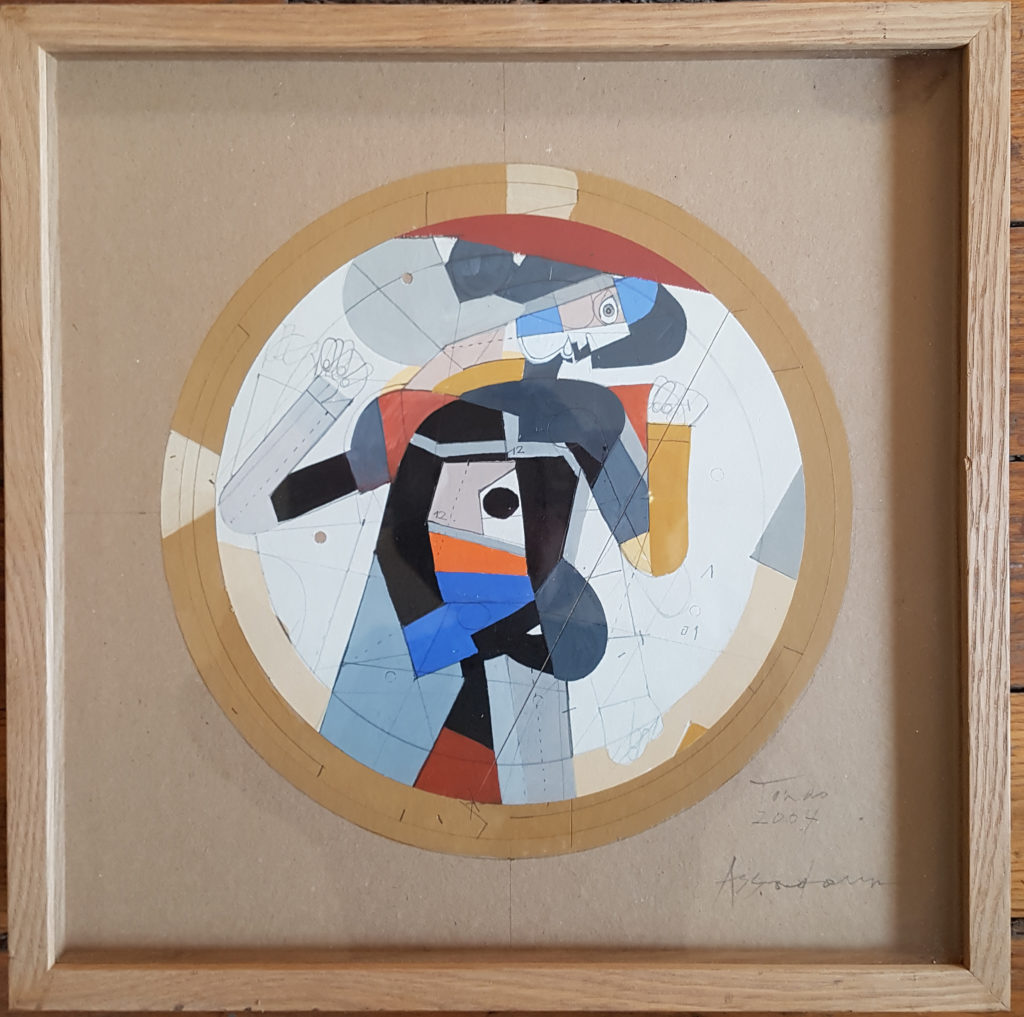 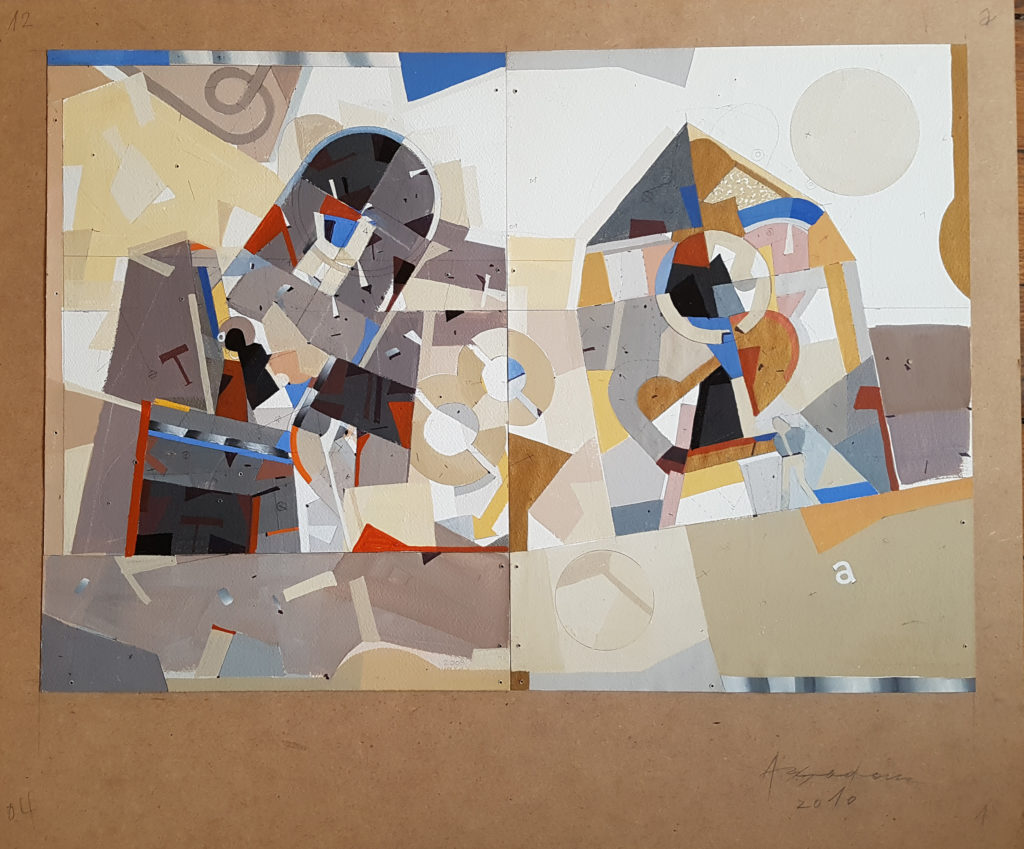 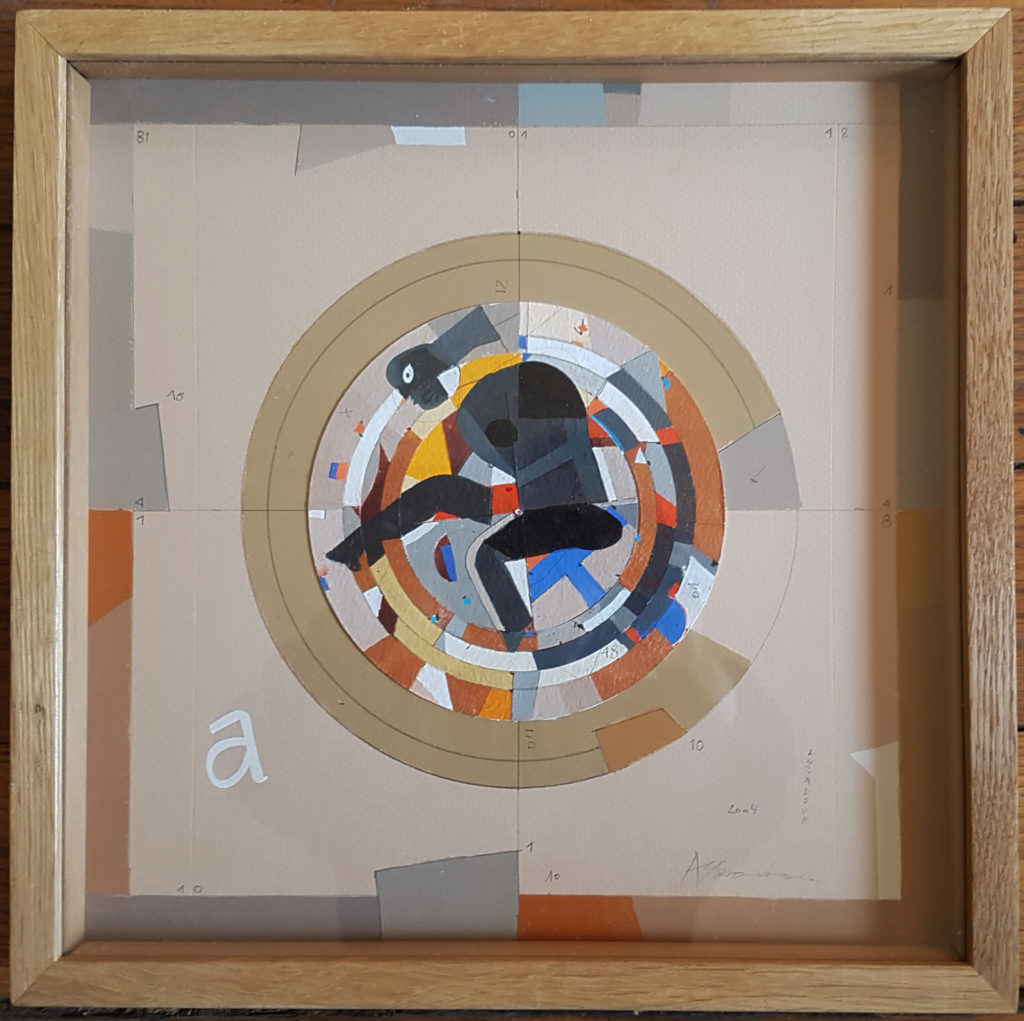 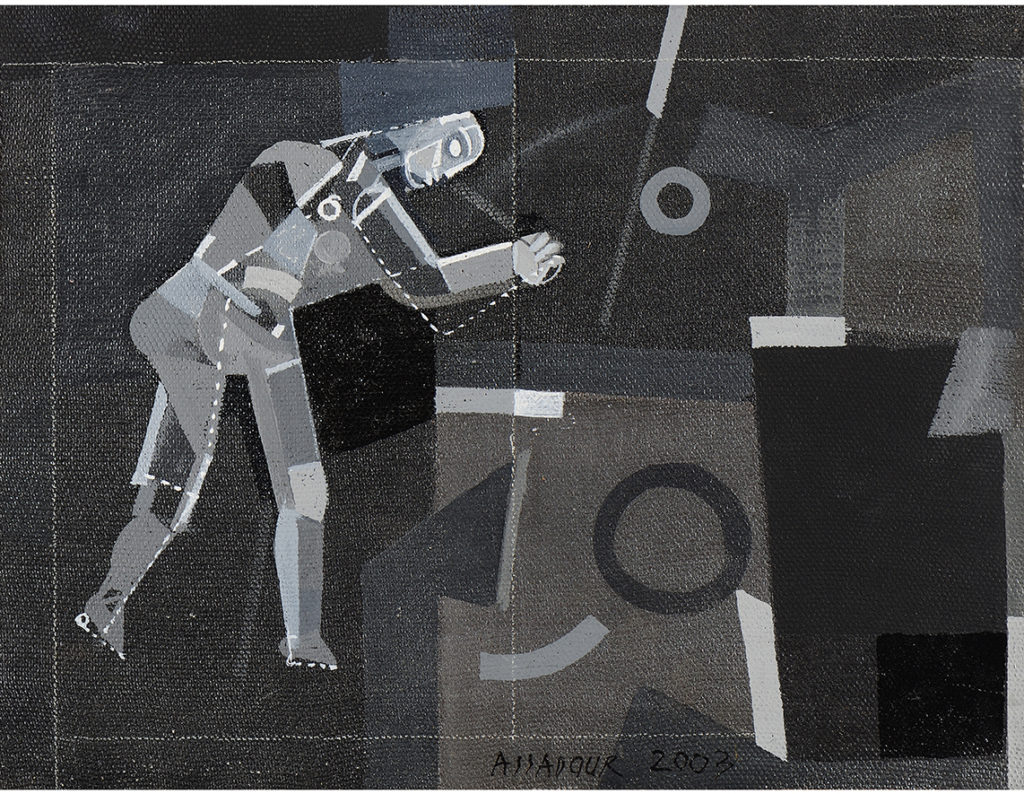 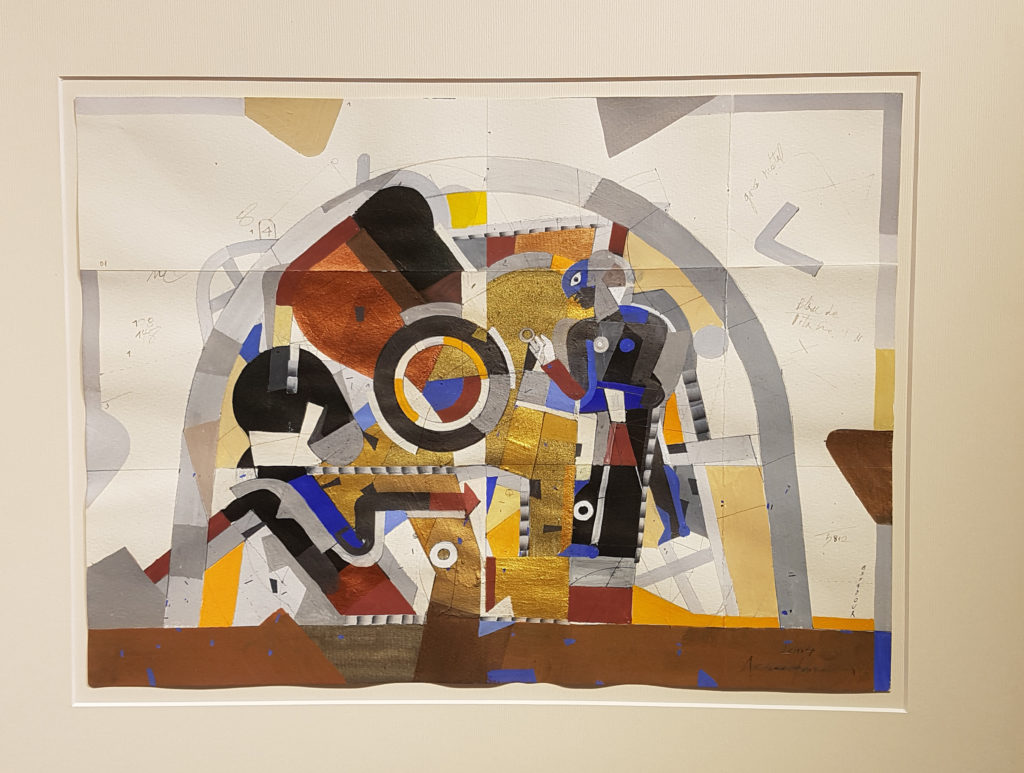 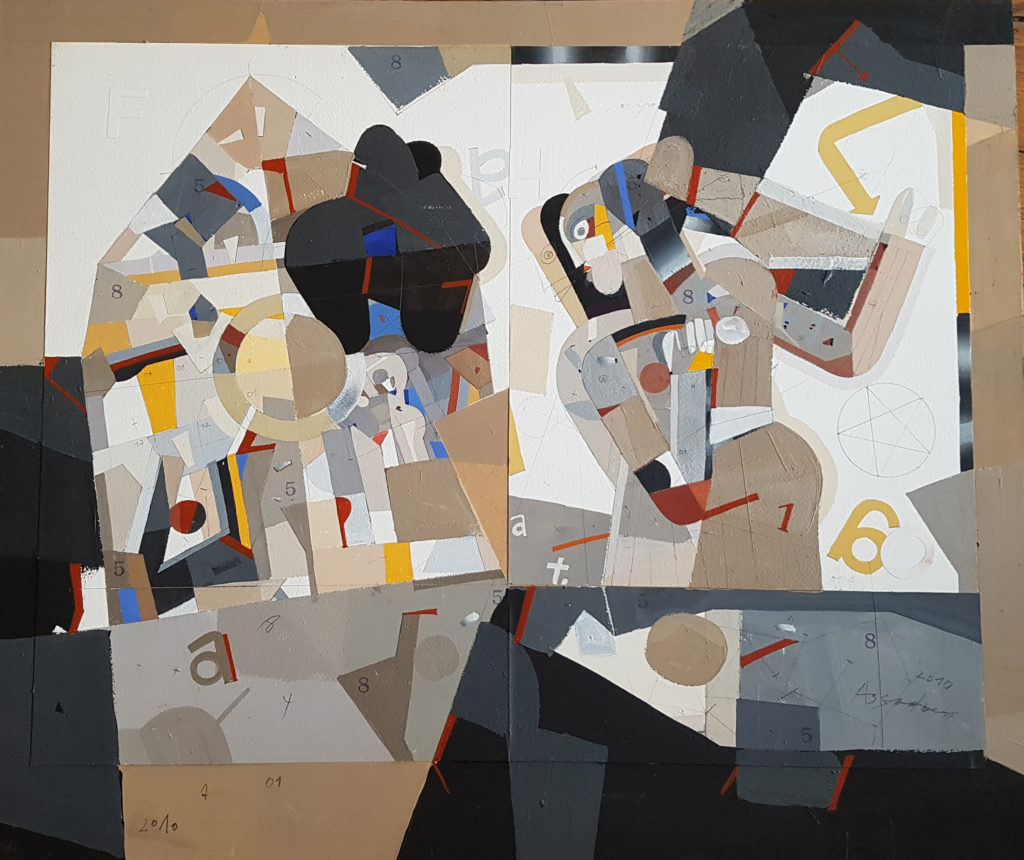 Assadour – Figures in a Landscape 2 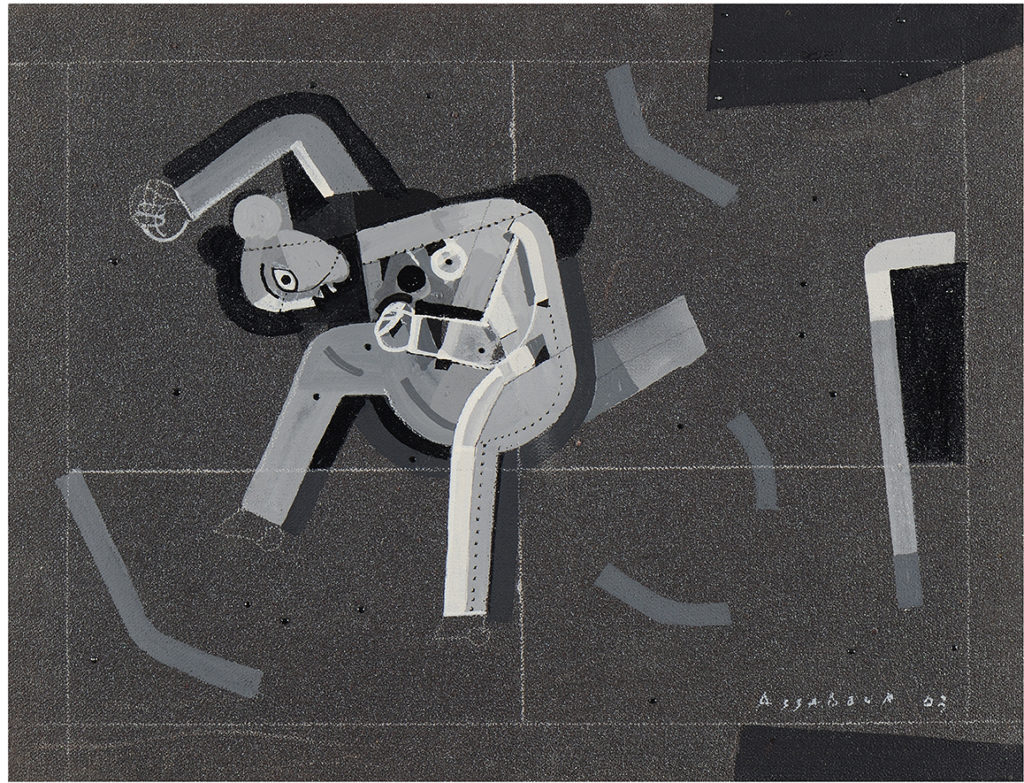 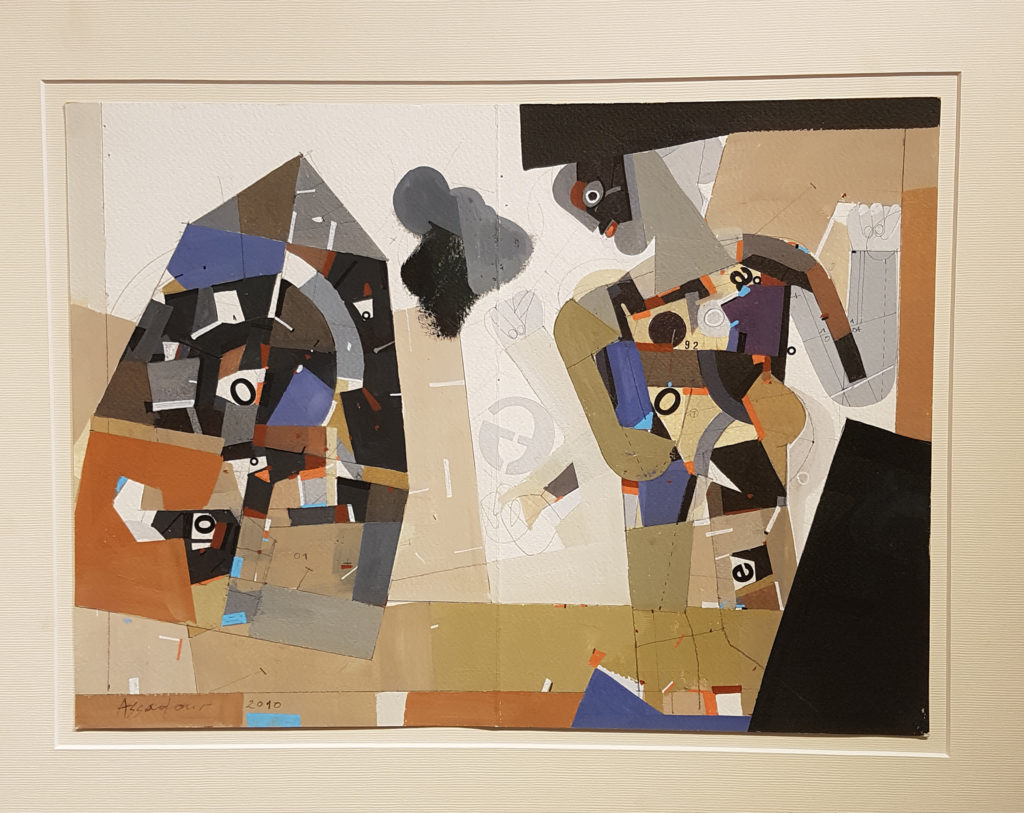 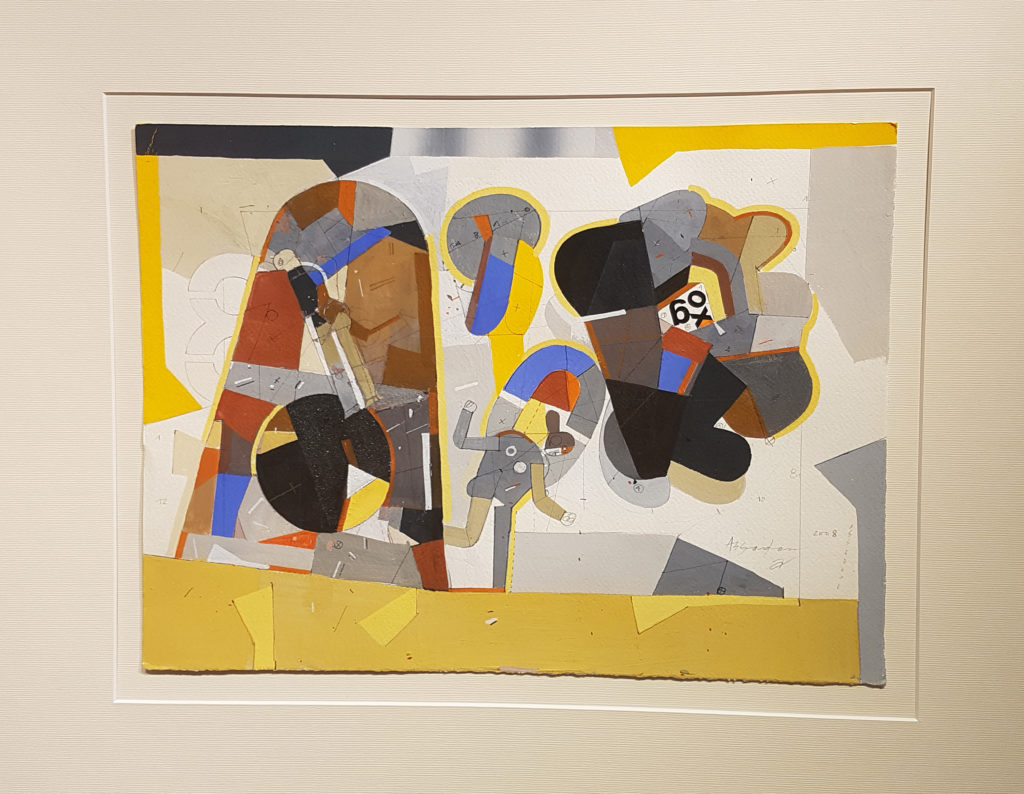 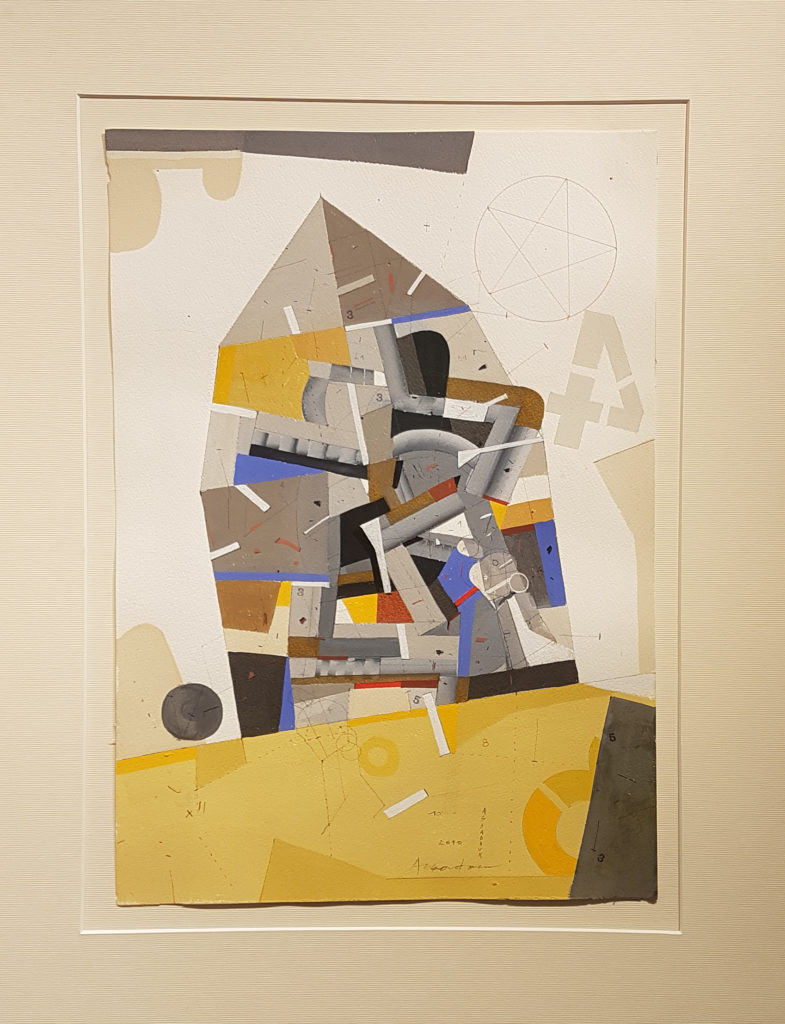